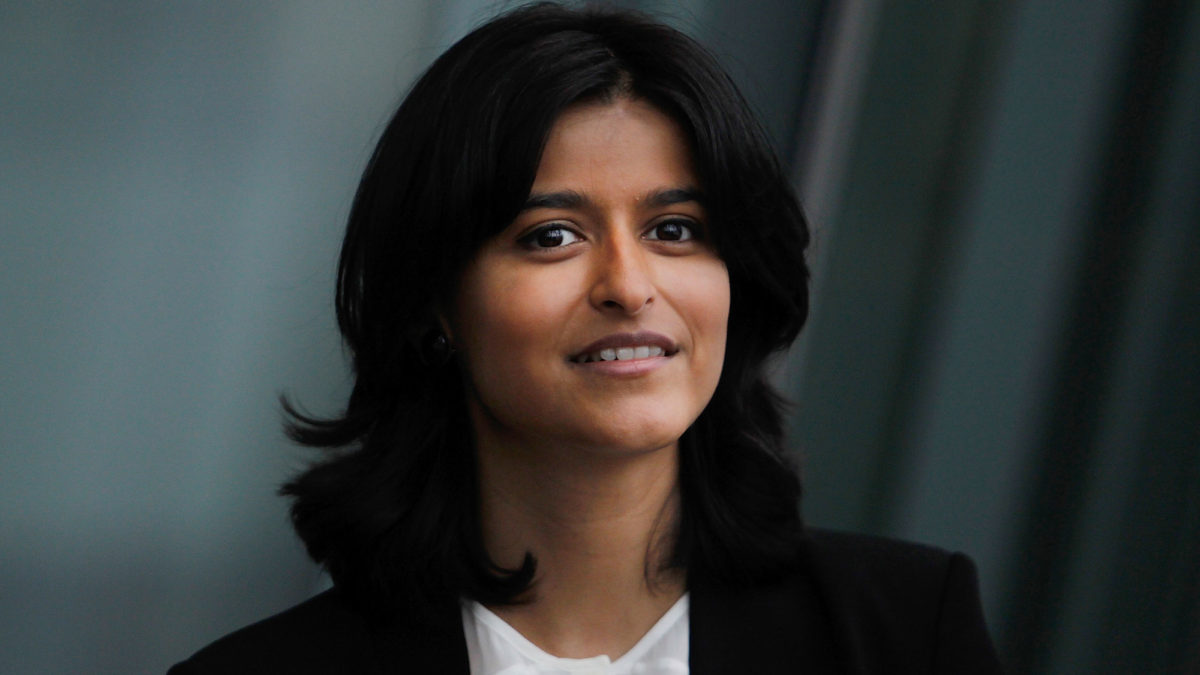 LONDON, ENGLAND - FEBRUARY 07: Munira Mirza, Deputy Mayor for Education and Culture, prepares to announce the next two commissions for the Fourth Plinth in Trafalgar Square, at City Hall on February 7, 2014 in London, England. The winning artists are David Shrigley for his 'Really Good', a 10m high sculpture of a hand giving a thumbs up and Hans Haacke with his equestrian sculpture 'Gift Horse'. (Photo by Mary Turner/Getty Images)

UK Prime Minister Boris Johnson has been criticized after appointing a controversial adviser to help lead a commission examining inequality in the UK.

Munira Mirza, head of Johnson’s policy unit, has a leading role in overseeing the project, according to a report from The Guardian.

Johnson announced the commission on Sunday, in a Daily Telegraph article about the demonstrations over racial inequality in the UK.

“It is no use just saying that we have made huge progress in tackling racism. There is much more that we need to do; and we will,” Johnson wrote.

“It is time for a cross-governmental commission to look at all aspects of inequality – in employment, in health outcomes, in academic and all other walks of life.”

Mirza has previously written articles questioning the existence of structural racism. Her role in the commission has generated strong criticism from opposition politicians.

In 2017 Mirza wrote in The Spectator magazine that “a lot of people in politics think it’s a good idea to exaggerate the problem of racism.”

“The most anyone could reasonably say about institutional racism is that the evidence is far from conclusive,” she added.

In 2006, Mirza also wrote a piece on diversity policies for Spiked, a politics website, where she described such measures as “often appear[ing] as the flipside of old racial thinking, making us see people’s ethnicity first and their (often diverse) talents and interests second.”

Lammy previously led a review into the treatment of the UK’s ethnic minorities in the country’s criminal justice system. Mirza criticized the review in a Spiked piece written in 2017.

“My review was welcomed by all parties: Corbyn, Cameron and May. But Munira Mirza went out of her way to attack it,” Lammy tweeted.

Downing Street did not comment on Mirza’s appointment. A senior government source told CNN that the Prime Minister had set up the commission and that it would have an external chair.

US faced with protests amid pressure to reopen