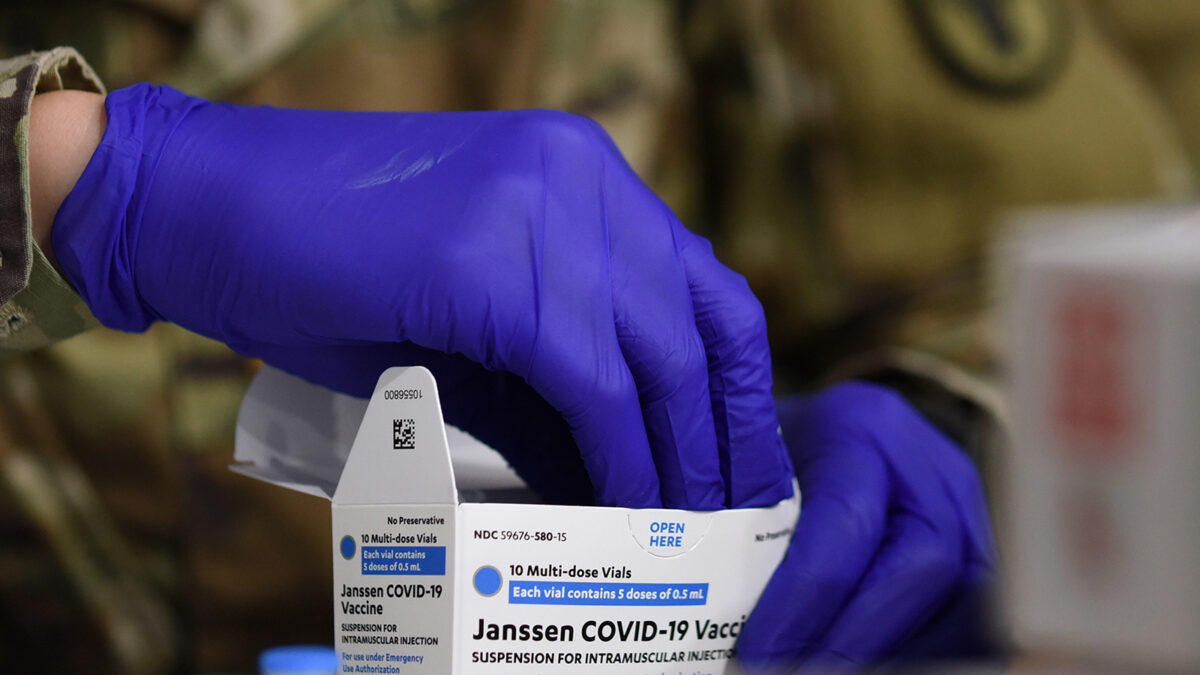 An Army medic removes vials of Johnson & Johnson COVID-19 vaccine from a box at a vaccination site. Doses of the Johnson & Johnson vaccine are being administered throughout the state of Florida despite a small number of patients who have experienced adverse reactions, including blood clots. (Photo by Paul Hennessy / SOPA Images/Sipa USA)
Coronavirus, News, USA, World

US health agencies are working to assess whether the Johnson & Johnson Covid-19 vaccine is associated with a very small increased risk of rare blood clots, a federal official told CNN.

“The CDC and the FDA are taking these concerns about blood clots and the J&J vaccine seriously and are diligently assembling data,” the official said.

An expert outside the government who is familiar with the situation agreed that health officials are taking the matter seriously.

“The CDC is very concerned and they’re very working hard on this and monitoring this closely,” said the expert, who spoke on the condition of anonymity due to the sensitive nature of the issue.

Cases so far: There have been “four serious cases of unusual blood clots” reported after people received the Johnson & Johnson vaccine, according to European health authorities.

Some of the types of blood clots observed are relatively common, such as deep vein thrombosis, so it wasn’t surprising that among roughly 20,000 participants who received the vaccine, some would experience those clots.

What made FDA scientists take note, however, is that in the trial, about the same number of people received a placebo — a shot of saline that does nothing — as received the vaccine. However, when comparing the two groups, more study participants developed clots after receiving the vaccine than the placebo.

The link is “not clear: Like their US counterparts, the European authorities say they’re still investigating these cases and that “it is currently not clear” whether there’s a causal association between the vaccine and the clots.

The coronavirus is complicating cyclone evacuations in India and Bangladesh