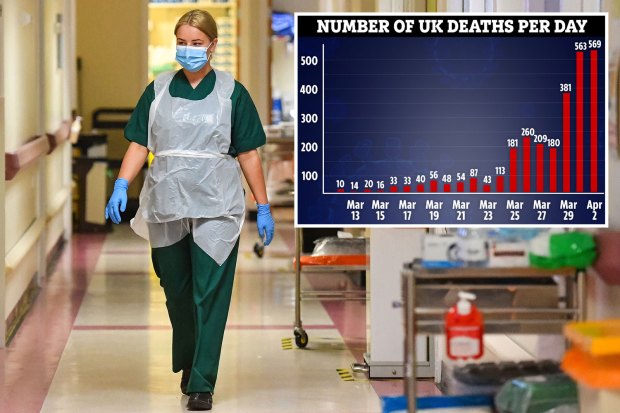 THE UK coronavirus death toll shot up by 569 today to 2,961 people – including 44 with no underlying health conditions. 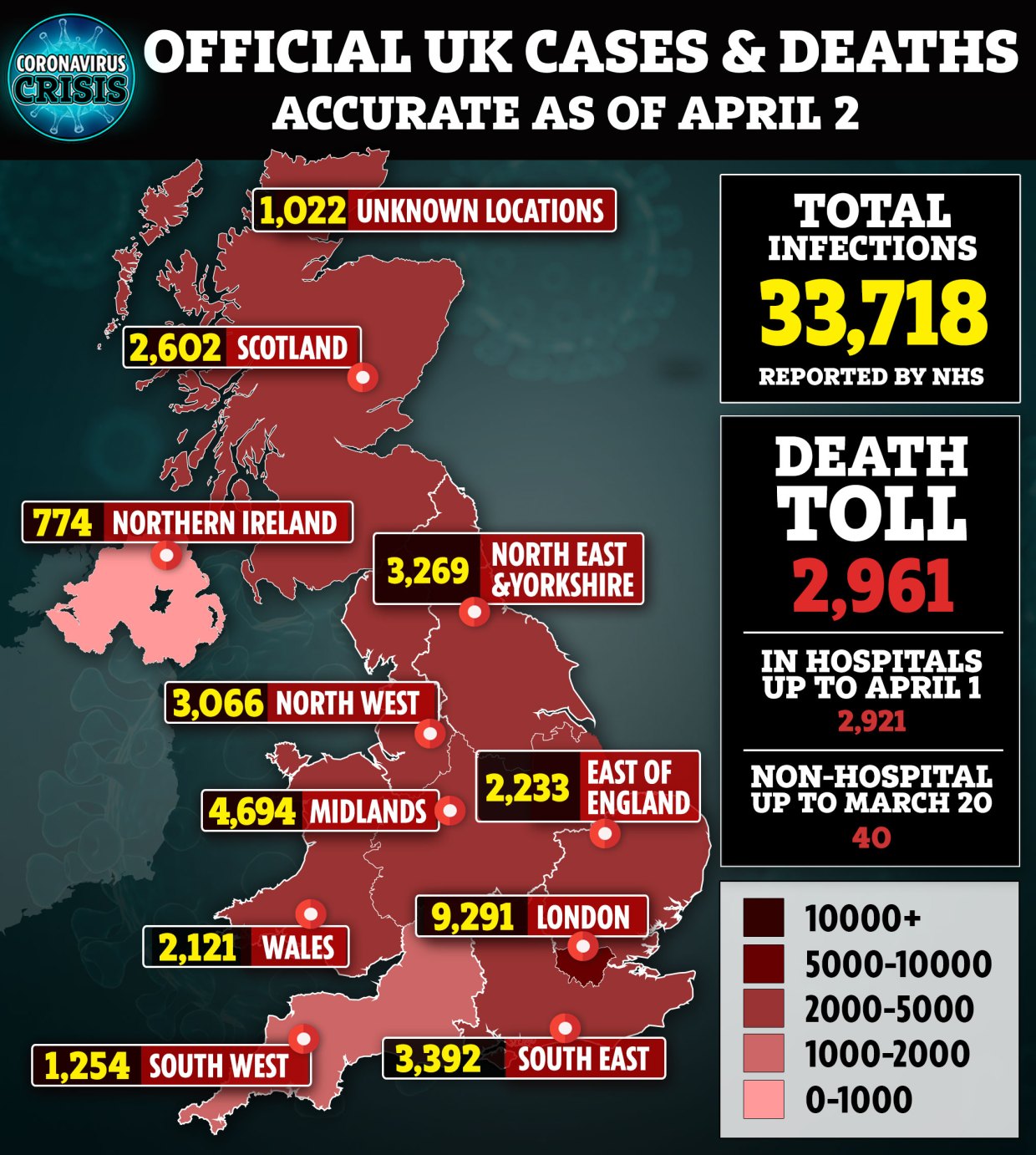 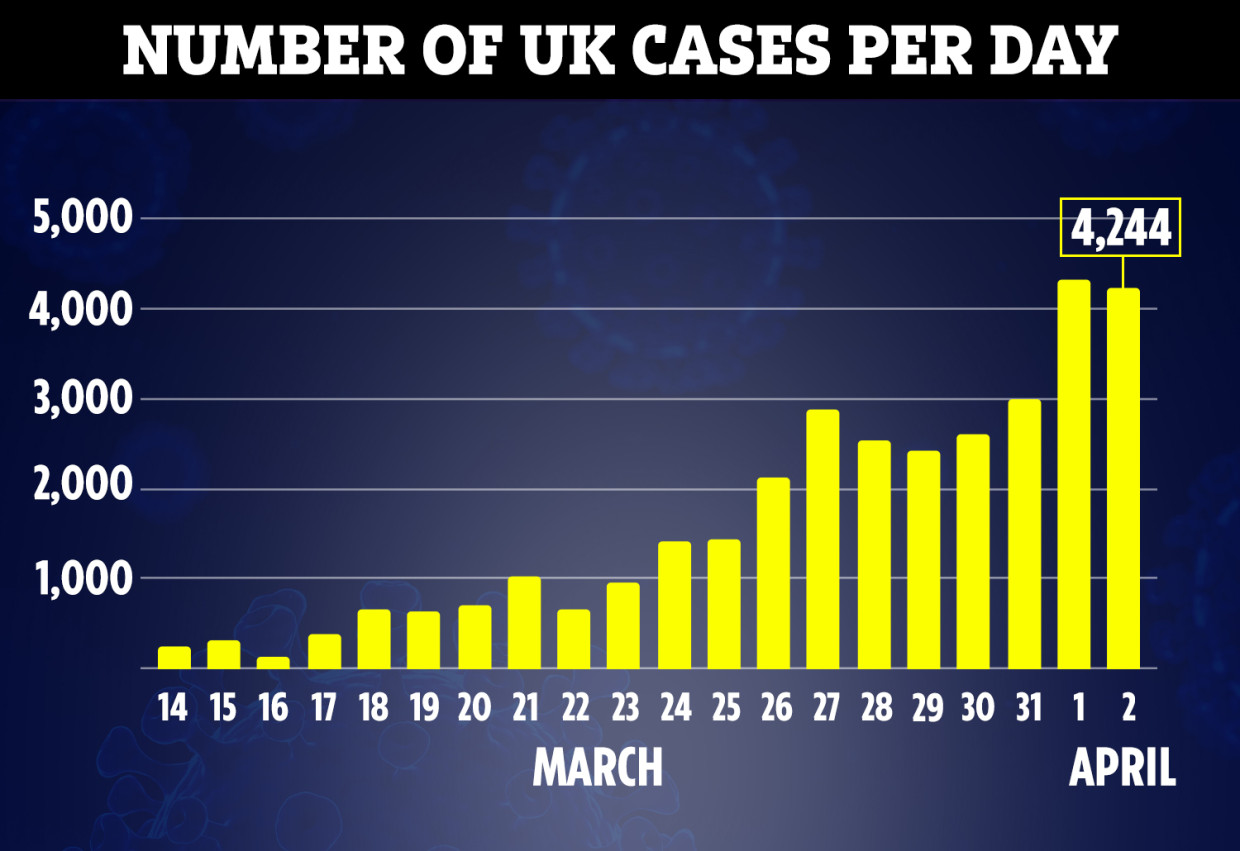 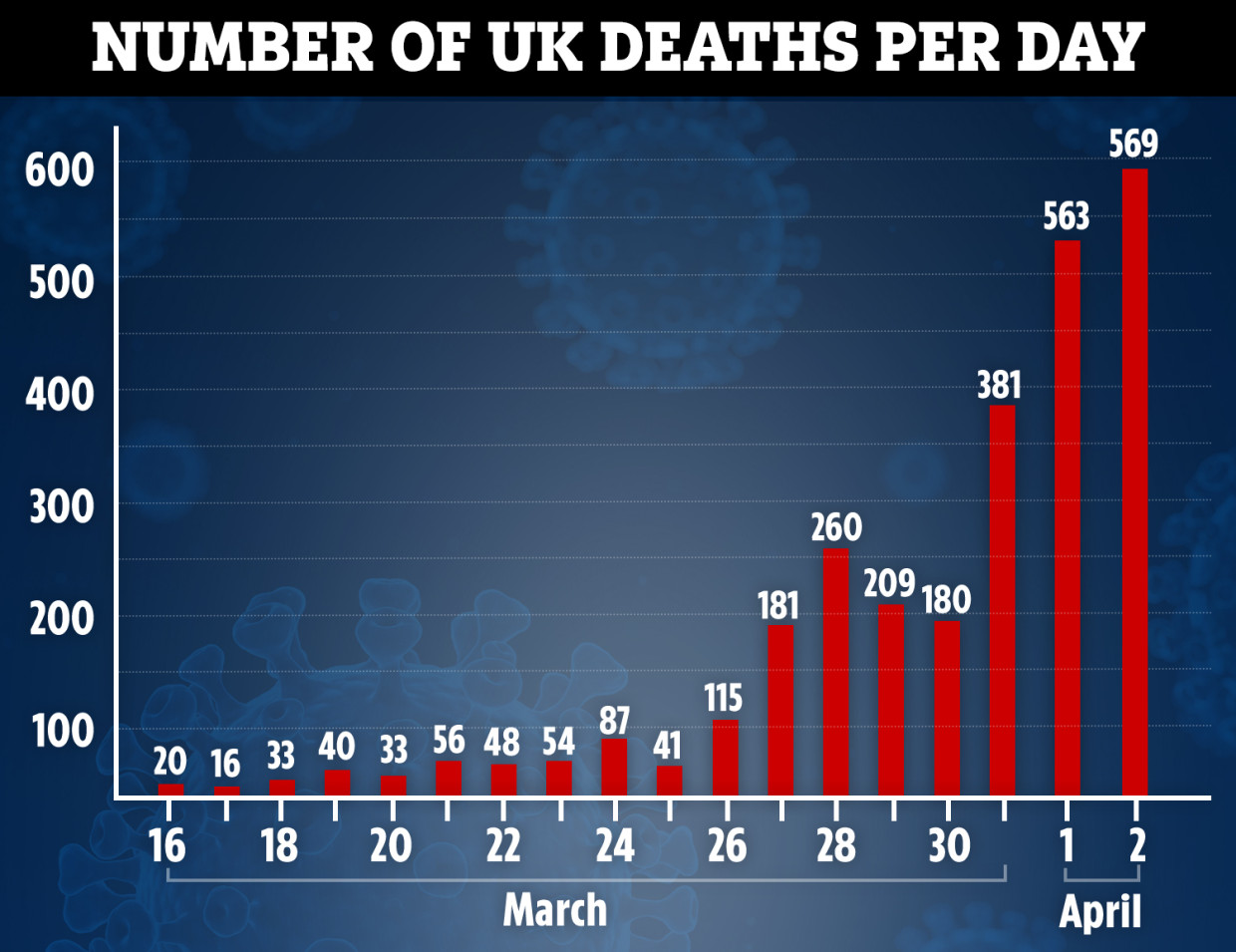 A week ago, the total number of positive cases for the whole of the UK was 11,658.

The number of people testing positive for Covid-19 has been rising on average by around 17 per cent per day – suggesting we are no closer to the “curve” flattening.

NHS England today confirmed a further 561 people have died – bringing the total number of hospital deaths in the country to 2,698.

The latest victims were aged between 22 and 100 – including 44 with no underlying health conditions.

That is the largest number of deaths in healthy people so far and includes a 25-year-old victim.

In Wales, a further 19 people have died – bringing the total death toll to 117.

A further six people have died in Northern Ireland – bringing their total deaths to 36.

The Department of Health also confirmed today 163,194 people have been tested in total – with 10,657 tests carried out in England alone for the first time since the outbreak began.

Among the deaths announced today is comedy legend Eddie Large, 78, who died after contracting the disease in hospital. 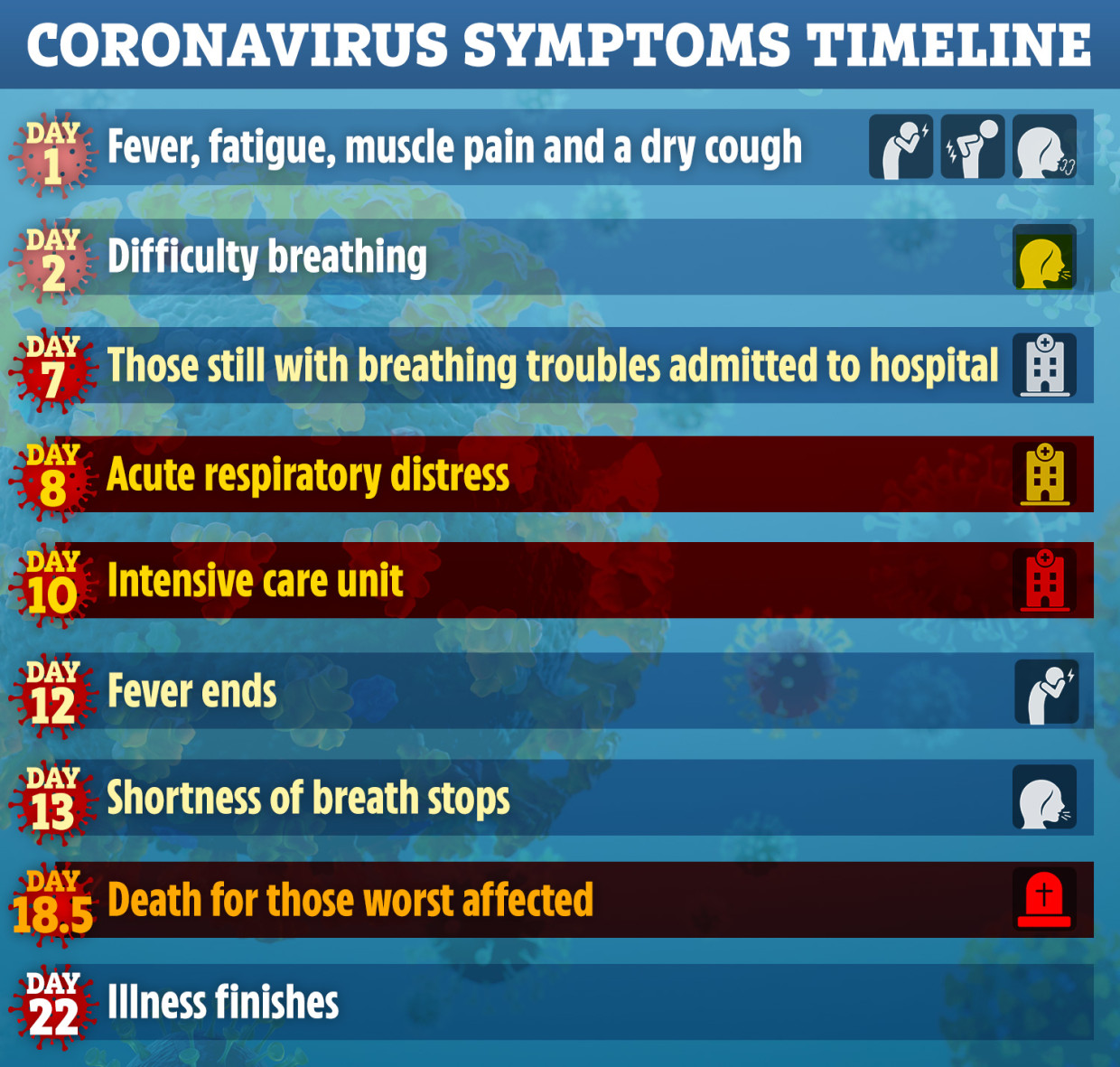 It comes after the death rate increased by 50 per cent yesterday after 563 were killed on the UK’s deadliest day so far.

But the true death toll is actually higher after it was revealed on Tuesday coronavirus had killed another 40 people outside hospital up to March 20.

Boris Johnson yesterday spoke of the UK’s “sad, sad day” as the death toll took a sharp rise – as he promised to ramp up testing for the killer bug.

The PM released a video of himself self-isolating as he revealed 397 million extra pieces of protection kit had been shipped in for “amazing” NHS staff.

Mr Johnson said: “Let’s be in no doubt this has been a sad, sad day, 563 more cases, a record in a single day.

“Our thoughts go out to the families of the victims and all their friends.

“But let’s be in no doubt, that if we can follow the programme that we’re currently set upon, if we can comply with the measures that we’ve embarked on together then I have absolutely no doubt that we will begin to start to push those numbers down, and we will turn the tide of the coronavirus in the next few weeks and months.”

His comments came before it emerged more than 70 NHS workers at Great Ormond Street have been diagnosed with the bug with 318 off sick.

The government has faced criticism after it was revealed just 2,000 NHS staff – out of 550,000 – have been tested for coronavirus.

Thousands of doctors, GPs, nurses and paramedics are stuck in quarantine because they, or someone at at home, has symptoms.

Around 85 per cent could return to work if they knew they weren’t carrying the virus.

And it came as a drive-thru testing centre for hero NHS workers at IKEA was hit by chaos with huge queues and staff turned away.

Long queues of cars built up at a testing centre set up at Ikea in Wembley, while another at Chessington World of Adventures was all but deserted.

New figures revealed 210 people died in England and Wales from the killer bug during that time period – 23 per cent more than official NHS numbers have shown.

NHS England and Public Health Wales had recorded 170 people died in hospital up to that date.

Once the Office of National Statistics work out the numbers since March 20, the most recent numbers will raise again.

Cameron Diaz is loving quarantine life as a new mom